The City of Tampere optimised its use of streetlights 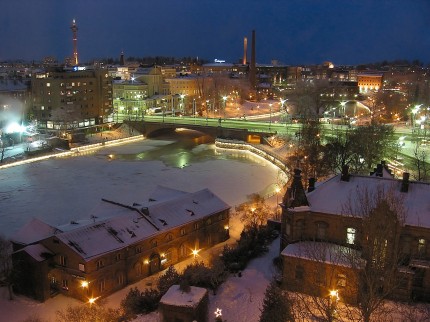 In spring 2008, the City of Tampere began a competitive bidding process to find a new service agreement partner. The primary goal was the optimisation of the use of streetlights. ‘It is essential to have light when and where it is needed. We aim for savings also when lights are being used’, says Mika Heikkilä, operation manager for Tampere’s streetlight network.

Tampere wanted a partner that could provide a streetlight control and monitoring system on a turnkey basis. ‘We chose C2 because of their price and quality and signed a 10-year service agreement with them. They are responsible for the entire system and the data transfer. We pay monthly for a functional service’, Heikkilä explains.

Previously, Tampere’s 38,000 street lamps were controlled with a system that could only switch the lights on and off in the population centres. The C2 system enables the setting of different on and off times for different areas. In Tampere, lighting the streets costs approximately €2 million per year. In 2010, C2’s system provided cost savings of €80,000 – i.e., approximately 4%.

The new system also provides more data, including information on whether the lights were switched on when they were supposed to, on centre-specific energy consumption, and about the times lamps are on.
‘The new system is more useful, and we can control its operation via the Web interface’, Heikkilä sums up.

The Tampere service agreement
Contents: C2 is responsible for the entire system and owns the equipment used in the system
Purpose: optimisation of use as well as energy and cost savings
Schedule: analysis in autumn 2008, test installations in spring 2009, and everything installed by autumn 2009
Number of streetlight centres: 326
Number of street lamps: 38,000
Annual costs: €1.4 million for electricity and €750,000 for maintenance
Savings in 2010: €80,000 (total for energy and maintenance)