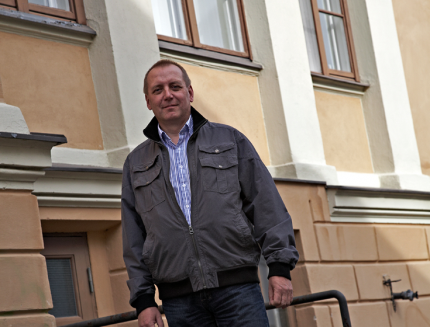 Large-scale improvement of street lighting became topical in Vaasa when the existing system was removed from service on account of its old-fashioned technology. In 2010, the control systems for, in total, 171 streetlight centres were swiftly replaced with system of C2 SmartLight.

‘The lighting needs vary by neighbourhood’, says electrician Harri Heino, who is responsible for the city’s street lighting . C2 SmartLight was chosen because it was the most versatile solution on the market and because it best met the city’s requirements.

With the new control system, the city is divided into four sections whose lighting is controlled separately. The lights come on first in the city centre and some time later in other areas.

One centre to control several lights

One control unit can be used to manage several light groups, with varying illumination levels. This works well at area boundaries and when lights are switched on at different times within one area.

The lights are controlled by the city. Energy is saved through adjustment of the luminosity for dusk.
‘Using less than full output for 10–15 minutes in the mornings and evenings generates significant annual savings’, Heino says.

For him, the most important things about lighting are its safety and the prolonging of light. The colour of the lights also matters.
‘I like white, since it enables better colour reproduction than yellow does. Yellow lights, which have a higher luminosity, are used on roads, while white is used in parks’, he says.